GOOGLE TO GIVE SECURE SITES A RANKING BOOST

It was recently announced from Google that going HTTPS — adding an SSL Certificate 2048-bit key certificate on your site — will give you a minor ranking boost.
Google says this gives websites a small ranking benefit. Only counting as a “very lightweight signal” within the overall ranking algorithm. In fact, Google said this carries “less weight than other signals such as high-quality content.” Based on their tests, Google says it has an impact on “fewer than 1% of global queries” but said they “may decide to strengthen” the signal because they want to “encourage all website owners to switch from HTTP to HTTPS to keep everyone safe on the web.”

Google also said, based on their tests for the past few months, the HTTPS signal showed “positive results” in terms of relevancy and ranking in Google’s search results.

As you may remember, at SMX West, Matt Cutts, Google’s head of search spam, said he’d love to make SSL a ranking factor in Google’s algorithm. Well, less than five months after that announcement, and while he is on an extended leave, Google is making it a reality.

Should you be concerned when switching from your HTTP to HTTPS site for SEO purposes? Not so much. Google has been telling webmasters it is safe to do so for years. But you need to take the proper steps to ensure your traffic doesn’t suffer. That means that you must make sure to communicate to Google that you moved your site from HTTP to HTTPS.

Google promises to release more documentation in the future, but for now, has provided the following tips:

Decide the kind of certificate you need: single, multi-domain or wildcard certificate,
Generate 2048-bit key certificates,
Use relative URLs for resources that reside on the same secure domain,
Use protocol relative URLs for all other domains,
Check out our site move article for more guidelines on how to change your website’s address,
Don’t block your HTTPS site from crawling using robots.txt,
Allow indexing of your pages by search engines where possible. Avoid the noindex robots meta tag,
Google has also updated Google Webmaster Tools to better handle HTTPS sites and the reporting on them,
One last thing: You will want to make sure that you track your HTTP to HTTPS migration carefully in your analytics software and within Google Webmaster Tools.

Above materials has been used from searchengineland.com

Kamil
Kamil Kus | Founder at CK Website Design When it соmеѕ tо Cоntеnt Mаnаgеmеnt ѕуѕtеm and problem-solving I have bееn at thе fоrеfrоnt and worked with hundreds of startups and small businesses. Thanks to many years of experience I'm here now to help you and assists you all the way through all web design or marketing projects to make sure you and your business will benefit from our services.
Recommended Posts

CKdesign іѕ a tеаm оf аmbіtіоuѕ and раѕѕіоnаtе Wеb Prоfеѕѕіоnаlѕ and one of the leading independent multi-awarded Web & Marketing Design agencies based in Dublin and Tullamore.

You can find out more about which cookies we are using or switch them off in settings. 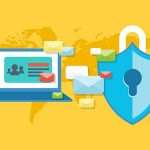 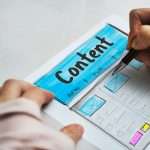 This website uses cookies so that we can provide you with the best user experience possible. Cookie information is stored in your browser and performs functions such as recognising you when you return to our website and helping our team to understand which sections of the website you find most interesting and useful.

Strictly Necessary Cookie should be enabled at all times so that we can save your preferences for cookie settings.

If you disable this cookie, we will not be able to save your preferences. This means that every time you visit this website you will need to enable or disable cookies again.

This website uses Google Analytics to collect anonymous information such as the number of visitors to the site, and the most popular pages.

Please enable Strictly Necessary Cookies first so that we can save your preferences!

Social Rating
4.9
CK Website Design | Web Design Dublin
4.9
casia 1.
Professional service, everything on time and reliably. CK Website Design Agency is a company with high standards. I must also mention the invaluable advice of Kamil - fresh ideas, innovative solutions. I highly recommend.
HomeSchool.ie
Ck Website Design have just completed a fantastic upgrade of our new website. From the initial design, through the many client requests and iterations, the team at CKDESIGN were first class. Thanks Kamil and your team of web designers here in Dublin. Best, Paul kelly, Director Homeschool.ie
patrick H.
As an IT Consultant for a number of Dublin based businesses over the past 30 years, I have often needed Expert Advice, Support and Assistance regarding Website Design and Maintenance.So far, over the past 5 years, I found Kamil of CK Web Design to be highly professional, expert, and honest. I would therefore recommend CK Web Design, without hesitation.
justin B.
Kamil and his team are very helpful and responsive. They have sorted all of our problems within hours and now keep things running smoothly.It's a pleasure to work with them and I'm happy to recommend them to anyone.
PersonalAssistant M.
Kamil is very knowledgable about website design and creates fantastic websites that are functional, interactive and attractive. His team are also experts in SEO which helps with generic rankings. CK Website comes Highly recommended for anyone looking for a new site.
James W.
I was in a transition period and my website was invisible. Kamil and his team helped me develop a professional architectural website with high quality images and video, easy navigation and contact points for clients as they explore the site.
Olga T.
Kamil is working on my site and I couldn't ask for a better person. My site is not that straight forward however Kamil manages to understand not only what I want but also what my customers want. Working with Kamil is above and beyond all my expectations! I would highly recommend, professionals like this are rare.
Sharon M.
Very good and prompt service. Polite and co-operative staff. Would highly recommend.
sandra S.
Started using Kc design recently to improve seo & look of my online shop. Very happy with results. I do find Kamil very responsive and efficient . As well like bringing upNew ideas to improve business .
Peter P.
Kamil very nice guy and easy to deal with. He provide high quality service. The most important that he is all the time up to date with new techniques to deliver the best possible way.
Naomi C.
Kamil did an amazing job on our site, very professional and got the job done quickly.
Edel B.
I would recommend this company to anyone, fantastic to work with, great support, incredible attention to detail and just so easy to work with. I would certainly work with ck design again and I would happily give anyone a reference. Kamil went over and beyond for us and nothing was a problem for him to do.

Excellent company
Lorand Larry S.
Very Happy with CK Webdesign , Kamil is doing a fantastic job , easy and very quick communication , highly recommend to all ! Looking forward of working with CK Webdesign on many projects in the near future !
Emmanuelle Pereira K.
I have a blog / website and Kamil has been with me since the beginning from designing to branding and I'm so lucky for that! The level of professionalism and skills are off the hook and he is also very patience what makes you very comfortable to ask any questions or advice, it doesn't matter how silly it may sound. He is also very reliable, even after your website is done he'll look after it for a very reasonable price considering the service is 24/7!